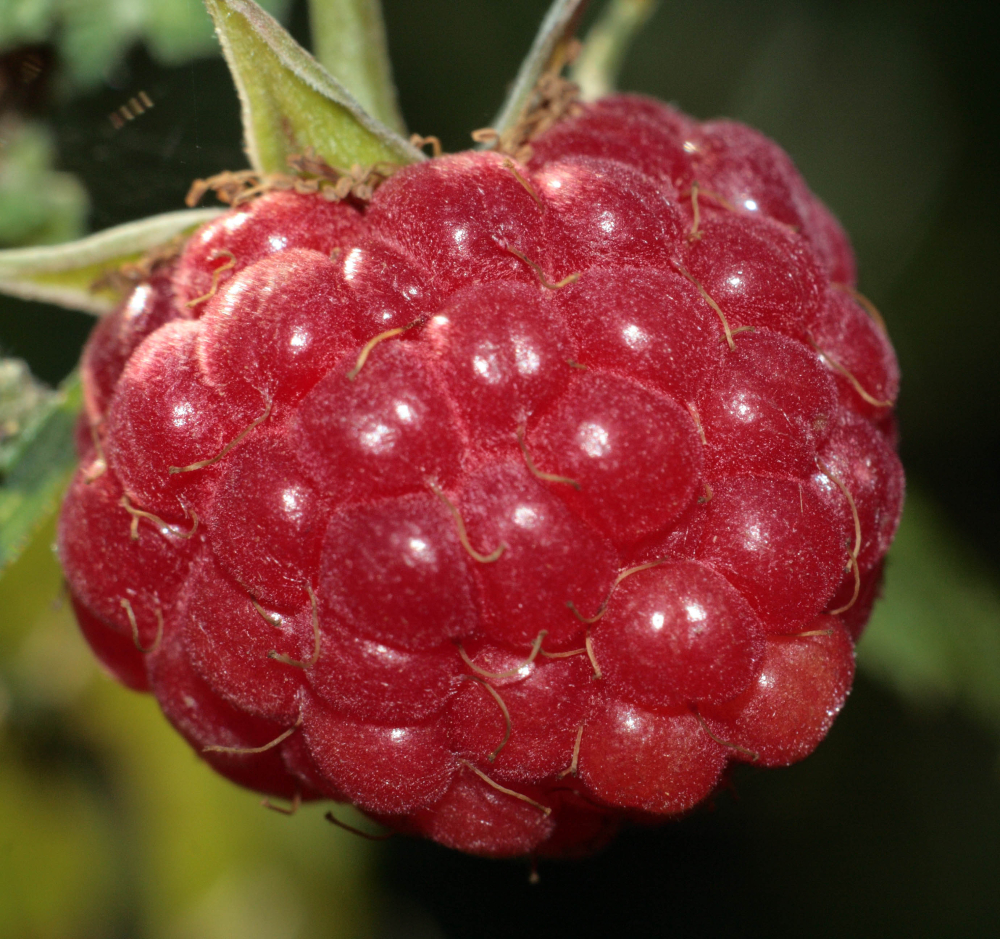 Raspberries are very easy to grow, and they grow well in a wide variety of climates (zones 3-9). In fact, they grow so well, they often can be seen on the edge of a forest clearing or growing along the side of the road. Some people may even consider them weeds. They like well-drained soil and full sun for maximum berry production.

Where to Grow Raspberries

Raspberries prefer full sun and sandy loam soils rich in organic matter. Avoid planting raspberries in low lying areas that remain wet late into spring. Their roots will rot and the plant will suffer. It is also recommended to avoid planting raspberries where tomatoes, peppers, or eggplant has been grown within the past four years, to help prevent the spread of Verticillium.

Raspberries come in four different colors: red, black, yellow, and purple. It’s important to research the different varieties to see which raspberry is best for your garden in your local climate. Things to consider in picking a variety are hardiness, yield, disease resistance, berry size, flavor, and appearance.

Since raspberries are a perennial, they can last many years. It is important to prepare the soil properly before planting your raspberry plants to ensure they can produce large amounts of quality fruit. Raspberries grow best in well-drained, alkaline loam soil with a pH between 5.5 and 6.2. If you do not have soil that drains well, consider planting raspberries in a raised bed to ensure they don’t have wet feet. This will also help contain their spreading and clearly define a walking path that will make harvesting a little easier. Till at least 18 inches deep and work several inches of compost into the soil. Test the soil to determine its pH. Acidic soils may require applications of ground limestone to increase the pH.

Plant raspberry plants in early spring as soon as the soil can be worked. They can be planted anytime in the summer if your plants are healthy, but spring is the preferred planting time. Raspberries planted in the spring will establish better, and provide more berries in their first producing summer.

Raspberries are typically grown from bare-root plants, rather than seed. It is important to plant the bare roots at the same depth they were originally planted at. The soil level around the stems will indicate the original planting depth. Till the soil to 18 inches and mix in several inches of compost. Plant red and yellow raspberries three feet apart in rows about six feet apart. Black and purple raspberries should be planted four feet apart in rows about eight feet apart. Water and apply a thin layer of mulch after planting. Prune the stem to 5 inches and water immediately after transplanting.

Raspberries are very vigorous and some people consider them invasive.  They propagate using basal shoots or suckers, which are shoots that extend underground and develop roots.  In addition, if the tip of the plant is allowed to touch the soil, it will eventually root and start a new plant as well.  These shoots will need to be removed between your rows and can be planted at the end of the row to increase the number of plants.

Keep raspberry plants well-watered, free of weeds, fertilized, and pruned. Water at the base of the plant to decrease the chances of foliage disease. Too much fertilizer can be harmful: Add about 5 pounds of a 10-10-10 fertilizer per 100 linear feet of plantings in the spring before growth begins. Always prune raspberries in late winter or early spring before growth begins. Prune all canes that have grayish peeling bark. These canes bore fruit last year and will not produce fruit again. Also, remove any canes that have grown outside of your designated rows. Remove all other canes, leaving 4-6 of the healthiest (tallest and fattest) canes per foot of each row. Attach the remaining canes to your support system. During the summer, prune dead, broken, or diseased canes as well as any that come up outside of your designated rows. Remember to wear thick gloves and have a sharp cutting tool.

Raspberries can generally be harvested the second year after the initial planting and every year after that. The berry is ripe when a gentle pull separates it from the core. Unripe berries are hard and over-ripe berries are soft and squish easily. It is important to pick berries every couple of days to maximize production. Use a small container when picking to keep the berries from squishing under their own weight.

Raspberries are highly perishable, which leads to their high cost at the market. They are best if eaten right after picking, but will keep in the refrigerator for a few days. Rinse berries in a solution of 3 parts water to 1 part vinegar to prevent mold, which can start growing within a day at room temperature. They can also be canned as jellies or jams or frozen for use over the winter. Raspberries freeze very well. Rinse them off, then dry well, and arrange in a single layer on a flat pan in the freezer. Once they are frozen, transfer them to a heavy plastic bag or another suitable container that can be sealed for long term storage in the freezer.

The most common disease affecting the raspberry plant is a fungal disease which can be minimized by keeping the hedgerows thinned.

Good info.., but Isn’t there any chance of growing the raspberries from seeds, mostly if i wish to take them to the tropics and grow them all year round

This is a really good question. Most seed catalogs and places to buy seeds that we have seen do not offer raspberry seeds. Typically what you purchase is a small plant with or without dirt. That said, we have a healthy population of wild raspberries on our property, which we are confident came from bird droppings(seeds). I imagine the success rate of seed germination is on the low side for raspberries, and they spread easily once they start growing, so the consumer has better luck with the whole plant. If you want to try propagating them via seeds, I would recommend saving more seeds than you would for other plants. If you have any success, please let us know!