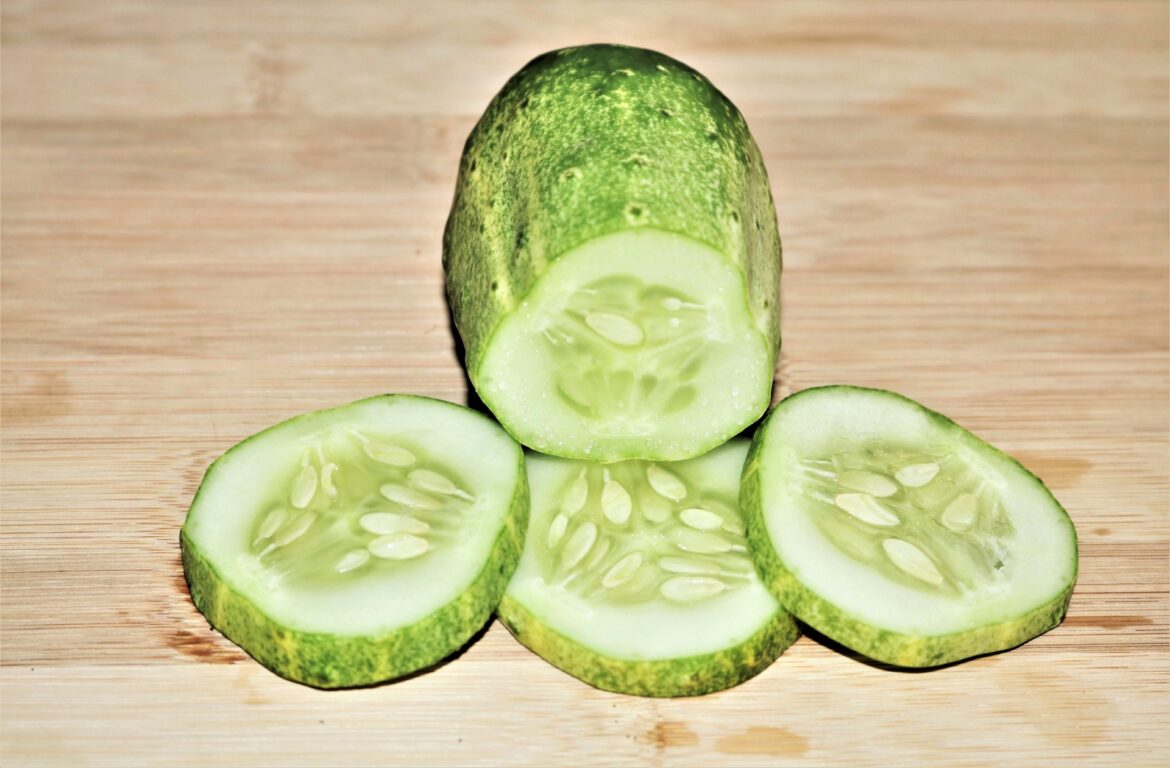 Where to Grow Cucumbers

Grow cucumbers where a long, warm growing season, minimum 65 days, can be assured. Cucumbers are a warm-season crop, very tender to frost and light freezing. Cucumbers are difficult to grow where there are foggy, damp summers, as the plants are subject to mildews.

If you are planning to rotate your crops, cucumbers often do well following cabbage family crops.  Another intercropping technique is to seed crimson clover between cucumber rows just as the plants begin to “run” (send out vines).  The clover will germinate and grow beneath the cucumber vines and will become well-rooted before winter.   Cucumbers do tend to take up a large amount of space, try vertical gardening with a trellis capable of supporting the weight of mature cucumbers to help maximize available garden space.

Most cucumbers are monoecius and produce both male and female (fruit bearing) flowers. Gynoecious types bear only female flowers, therefore a few male-flowering pollinators are included in the seed packets. Both types require pollination by bees. Parthenocarpic types produce few if any seeds and require no pollination (develop without seeds), so they can be grown to maturity under row covers. Bitter-free are resistant to damage from cucumber beetles. Dwarfs are good candidates for intercropping with tomatoes and peppers, but they must have a constant water supply. All types must be picked daily in warm weather. American slicing cucumbers are the oblong, dark green cucumbers commonly found in supermarkets. Pickling cucumbers bear smaller fruits with bumpy, slightly wrinkled rinds that make them naturally crisp and firm. Asian cucumbers are long and slender, with small seed cavities, grow these trellised for strait fruit.  Greenhouse cucumber varieties produce self fertile flowers, so you can grow many varieties under row covers or in high tunnels without insect access typically needed for pollination.

Since cucumbers are susceptible to many virus diseases the selection of modern disease-resistant varieties is highly recommended. The following show resistance to all or many cucumber maladies: Marketmore Hybrid, Tablegreen 65, Spartain Valor; Marketer; Burpee Hybrid. All female (gynoecious) varieties: Gemini; Victory; Pioneer; Mariner.

A fertile clay soil supports good cucumber growth if it is enriched with well-rotted manure and compost to aid its water-retentive qualities.

Warm soil (65 degrees) is necessary for cucumbers to take hold. The plants are very susceptible to frost. Where there is a very short growing season, cucumbers can be planted in peat pots indoors a month to 6 weeks before planting outdoors. Cucumbers do not take readily to transplanting, and should be handled so that their roots are not disturbed. If necessary, transplant seedlings on a cloudy day or in the afternoon to minimize transplanting shock. If there is ample garden space, the vines can be allowed to sprawl over the ground. Use a mulch, black plastic, straw or salt hay to keep the fruit clean. For small gardens, plan on training them to a trellis or support of some kind. This not only keeps the fruit clean and off the ground for quick ripening, but enables the fruit to grow straighter.

Where there is ample space and vines can sprawl, the simplest way is to plant cucumbers in hills, with several plants placed together in close proximity in a small mound of soil. Space hills 4 feet apart each way and plant about 8 seeds per hill. Thin to the 3 strongest plants when the seedlings are about 4 inches high. Since cucumbers grow rapidly once started, the ground should be prepared well in advance. Work a deep planting hole where each hill will be. Add a spade full of well-rotted manure, and a generous handful of 5-10-10 or bone meal and rock potash. Work in well and cover with soil before planting the seeds about an inch deep. The same soil preparation works well if the vines are to be trained on a support or grown in patio tubs.

Once started, the cucumber vine grows along quite rapidly, putting out hairy stems with large, attractive leaves. The vines produce tendrils and can be trained to climb readily. The male (pollen-bearing) flowers will appear on the plant first, but do not produce fruit. A week or so later the female flowers appear, and produce the oval, elongated cucumber. The modern gynoecious (all-female) varieties are popular because they start bearing as soon as the first flowers appear. Seed packets contain enough of the good male pollen carrier to assure proper fertilization of these newer varieties.

Cucumbers self regulate how many fruits they can carry at one time. In order to maximize production, harvest fruits as soon as they reach picking size. Pick daily, because under ideal conditions, cucumber fruits can double in size in just one day.

Once cucumbers start growing they must have a constant supply of soil moisture. If it is lacking, the plants stop growth in a “holding position” until there is more soil moisture. It is therefore important to grow cucumbers near a water supply. Keep weeds down with shallow cultivation or by growing the vines on black plastic mulch. As an alternative rows can be mulched heavily with straw, salt hay, grass clippings, or partially rotted compost. When the plants are about 4 inches high, add a high-nitrogen fertilizer such as blood meal or cottonseed meal, or water the plants with fish emulsion. Avoid stepping on vines as they develop.

Cucumbers should be ready to harvest in approximately 50-70 days. Never work around wet cucumber vines, as they are susceptible to many diseases that spread when leaves are wet. Since more than 50 percent of the cucumber is water, the fruit must be picked when it is succulent and green (immature) for best taste. If the fruit starts to turn yellow, it is past its prime and the seeds will be dark and ripe (many varieties will taste bitter or pithy even before then turn yellow). Harvest cucumbers every 2-3 days (daily in hot weather), and promptly pick the fruits as they reach the desired size. If any mature cucumbers are left on the plants, production will stop, so harvest carefully and remove any badly shaped or mature fruits.

Depending on variety and size of the fruit, one cucumber plant will typically bear 10-20 fruits, which would total about 2-3 pounds of cucumbers.  A pound of cucumbers yields about a pint of pickles, and six healthy plants of pickling varieties will produce enough cucumbers in one season to produce more than a dozen pints of pickles.

To save seeds from open pollinated varieties, allow perfect fruits to ripen on the vine until they develop leathery, yellow or brown rinds. Slice away the rinds without cutting into the seeds, and place in a pail of water and mash with your hands. After two days discard the floating seeds, and remove the seeds accumulated on the bottom of the pail.  Spread them out on newspaper or paper plates and allow them to dry at room temperature for two weeks before storing the largest ones in a cool dry place. Cucumber seeds should remain viable for up to 5 years.

I enjoyed learning about cucumber growing