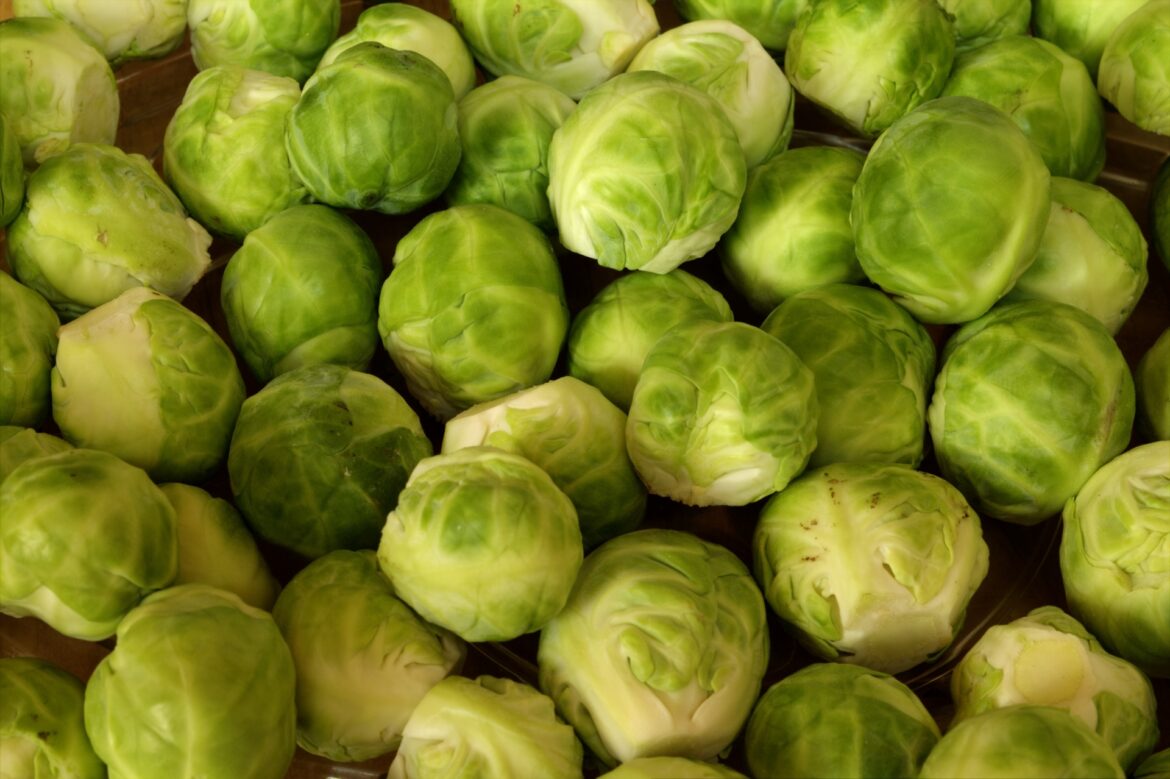 Brussel sprout or Brussel sprouts is a common misspelling of this particular vegetable (should be Brussels for both). The name originates from the city of Brussels, Belgium where it has long been popular and may have originated from. Brussels sprouts are an annual cool-season crop, hardy to frosts and light freezes. There are two basic varieties: (1) the dwarf (“Jade Cross”) which matures early and is winter hardy, but more difficult to harvest, and (2) the taller (“Long Island Improved”), which is less hardy but easier to harvest. Brussels sprouts have shallow roots, so as they become top-heavy, you may need to stake them, particularly if exposed to strong winds. As with other brassicas, Brussels Sprouts are susceptible to pests and diseases that must be kept under control early in the season. As with other brassicas, composting roots should be avoided. Brussels Sprouts should not be grown within a 10-foot radius of any brassica growing location within the last 3 years, preferably 7 years. Brussels Sprouts are high in calcium and iron, as well as a good source of vitamins A and C.

Where to grow Brussels Sprouts

Brussels sprouts are a cool-season vegetable, and should not be grown where the summers are long, hot, and dry.

Average garden soil enriched with compost and rotted manure, the same type of soil that will support all members of the cabbage family would be a good choice for Brussels Sprouts.

Start seed indoors in early May so plants are ready to set out in June or early July. The sprouts develop best in cool weather.

In rows 3 feet apart, with 30 inches between the plants.

This is one of the strangest looking vegetables. The plant produces tiny little cabbage heads in the axils of the leaves along a strong central stalk. As the sprouts develop the leaves are broken off, so that eventually what appears is a fat, upright stem covered with clusters of sprouts and topped with long green leaves, much like a shortened palm tree. Sprouts develop from the bottom of the plant upward.

Keep weed-free with shallow cultivation or heavy mulching. Grow in the same manner as all cabbage family plants. As soon as the lower sprouts begin to mature, pinch out the growing shoot at the top of each plant (not the entire top leaf). This will stop the top from growing and encourage the sprouts to ripen along the stalk.

Brussels Sprouts generally take about 3 months until they are ready to harvest. The sprouts will mature from the bottom up. When sprouts first appear, the lower leaf should be cut off. The sprouts should be picked green when about an inch or so in diameter. To pick them, you can either twist them off, or better yet get a sharp knife and cut them off. Each plant should yield about 1 quart of sprouts. Harvest continues well into the cold fall months. Light snow does not seem to stop their development and even improves their flavor. Harvests of frozen sprouts from plants in January have been reported.

For maximum vitamin C, harvest when the temperature is around freezing. Some say never to harvest unless you’ve had at least two frosts because frost improves the flavor. It has also been reported that sprouts can be harvested through the summer and still be tender if continuously picked when they reach the size of marbles. If you want to harvest all at once instead of continuously, cut or pinch off the stalk top 4-8 weeks before your intended harvest time. After harvest, remove the entire plant from the ground to minimize the chance of disease next season. Some gardeners in severely cold climates may prefer to dig plants still loaded with sprouts and keep them in a cool, light place where they will continue to ripen.