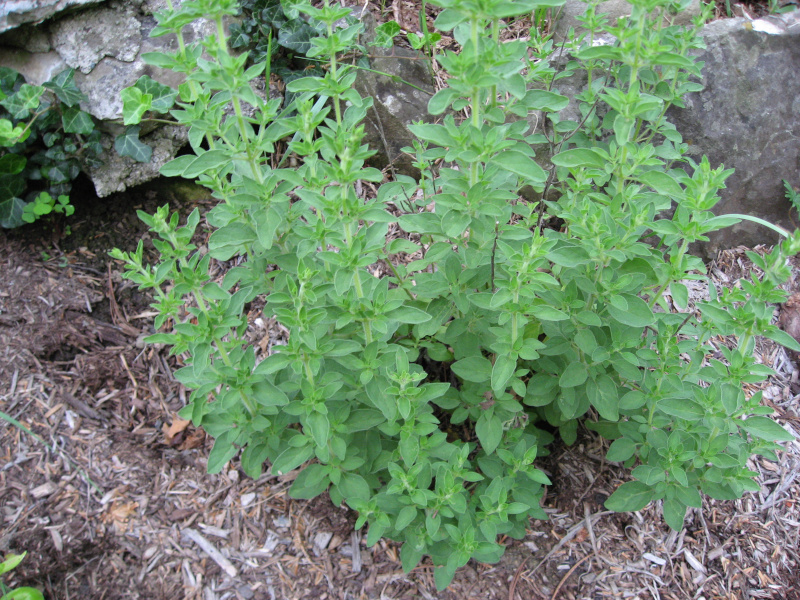 The name “oregano” is more accurately applied to a flavor than to a plant, and there are two varieties that you can grow for seasoning and call oregano, which is most commonly used as a spice in a dried form. Origanum vulgare is typically grown; it’s hardier and easier to propagate than the alternative, Origanum heracleoticum—also known as wild marjoram is another commonly available species.

Serving ideas: Oregano is an essential ingredient in many Italian dishes. It is the most common spice for pizza, and in general, goes well with any tomato-based dish. It also combines well with basil. Try it with cooked vegetables, potato salad, fowl, stuffing, soups, scrambled eggs, and omelets.

Where to Grow Oregano

Oregano can be grown anywhere in the United States from root divisions or seed planted early in spring. In general, it is a sprawling herb and is not well suited for growing indoors.

Oregano prefers light, well-drained, slightly alkaline soil with full sun. Just like most herbs, a rich and moist soil weakens the flavor and aroma. Also, oregano should not be fertilized if grown for its flavor or aroma. Fertilizing oregano will allow the plant to produce an abundance of flavorless foliage.

Start seedlings 6-8 weeks before the last frost date for your area. Plan on planting the seedlings outside on the average last day of frost, when they are about 3″ high. They can be planted outdoors earlier with some protection from the cold.

Seeds tend to germinate slowly, and in addition, expect at least 25% of the seeds to be duds. They will germinate more consistently in controlled conditions, such as a windowsill or greenhouse. You shouldn’t plan on storing your seeds for an extended period of time, as the germination rate will decline rapidly with additional storage time. Seeds can be directly planted in the ground in spring or started indoors in seed flats to be transferred outdoors when ready. Don’t forget to harden off young seedlings for a week or so to get them accustomed to the outdoor temperature variation and sunlight intensity.

Oregano has a spreading root system and can also be propagated by cuttings. Cuttings are typically taken in late spring once the leaves are firm enough to prevent wilting when placed in sand. Place cuttings in a well-protected area, and ensure the roots do not dry out. Once the cuttings establish a root system, they can be transferred outdoors into a pot or directly into the ground.

Oregano is generally considered as a perennial herb, with creeping roots, branched woody stems, and slightly hairy grayish-green leaves, oval in shape. It grows to about 2-2.5 feet tall and 2 feet wide and produces small blooms of pink, white, or purple on tall stems from late July until September. Once each flower matures, it will produce four small seed-like structures.

Keep oregano plants on the dry side. Newly planted oregano may require some irrigation, but once established, it will require very little water. As with most other herbs, fertilizing will reduce the production of essential oils, which gives the distinctive flavor and aroma of oregano. It should not be fertilized at all if grown as a culinary herb. Old woody branches that become leggy (more stem than leaf) should be cut out at the end of winter, and plants should be replaced every five years to prevent legginess. The lifespan of oregano is about five or six years, and usually, one harvest is done in the first year and two in the following years.

Harvesting the leaves and stem tips should start when plants are at the flowering stage, starting about 4 to 10 inches from the ground. It is ready to harvest once the flowers begin to appear. The production of essential oil declines after flowering, so either harvest before flowering or cut the flowers off to extend the growing period. To harvest the entire plant, cut the stems a few inches above the ground. If harvesting for fresh use, let the plant grow until it is about 6″ high, then pinch off the stems’ tips for cooking. This will also encourage fuller foliage production.

Oregano deters pests in general and does not suffer any serious problems with pests.

Oregano as a species does not typically suffer from disease.