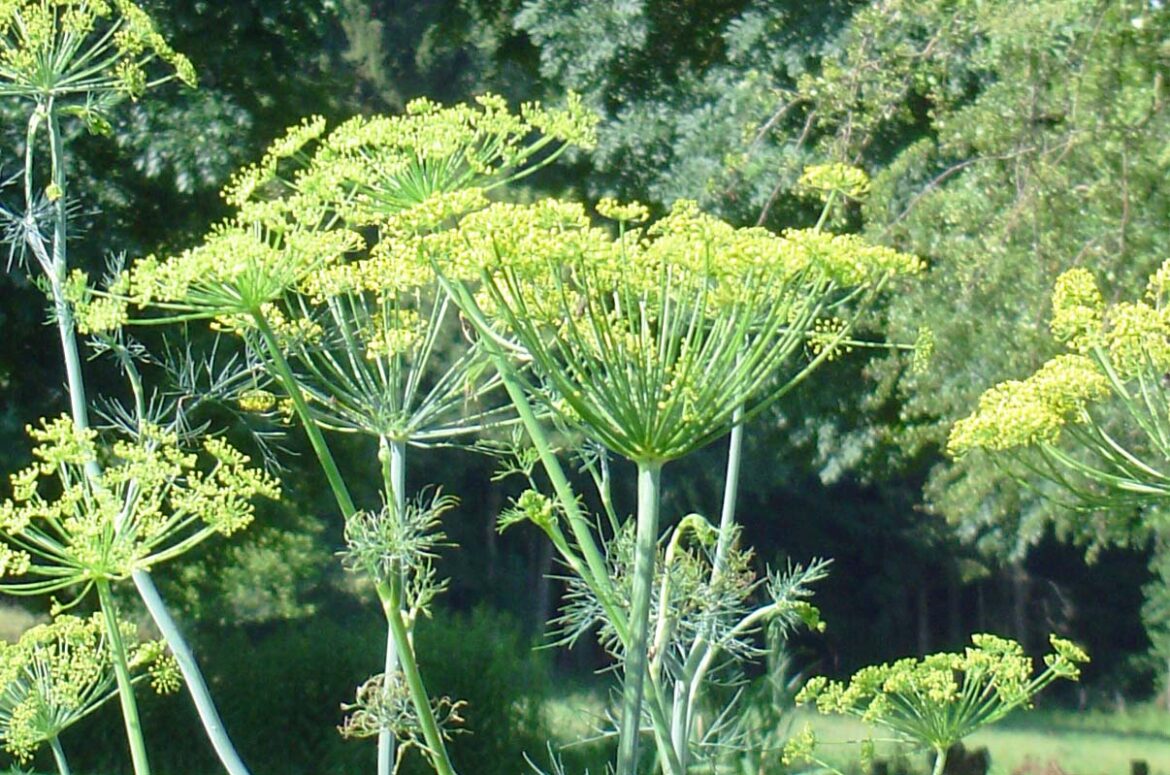 Dill is a biennial warm-season herb, very sensitive to light-freezes and frost. Dill is not technically a perennial plant because a single plant only lives 2 years. It is quite proficient at self-seeding (if allowed). If left to grow naturally, A single dill plant should come back year after year. As a seed, it is used primarily for pickling (dill pickles). Seeds can also be ground or used whole to flavor meats, fish, eggs, cheese, and vegetables. Fresh leaves are often used in salads, soups, fish, eggs, and potatoes or as a garnish if you run out of(or get bored with) parsley. You can also make a marvelous leek and potato soup seasoned with dill.

Where to Grow Dill

Like most herbs, Dill can be grown pretty much anywhere and can withstand both heat and cool weather. Dill will tolerate partial shade; in light shade, the plants won’t get as bushy as in full sun. They can be planted closer together in partial shade. It can also be grown in the greenhouse if you provide a container large enough for its roots a, at least 6-8 inches in diameter, and pot it in rich soil.

Poor, sandy soil is an advantage when you’re growing dill — the herb will have stronger flavor — but the soil must drain well.

Grow it from seed sown in the spring or fall. Plant the seeds two or three weeks before your average date of last frost in rows two to three feet apart; they germinate quickly. If dill is not planted early enough, the seed may not develop until the beginning of the second year. Once established, dill will seed itself and return year after year.

When the seedlings are growing well, thin them to 12 inches apart. You can also thin dill to form a clump or mass rather than a row. Make sure you know where you want the plants because dill has a relatively long taproot and is not easy to transplant, so don’t attempt to transplant once it grows beyond the seedling stage. Dill is short-lived, so make successive sowings to provide a continuous harvest.

Dill is quite easy to grow and takes a minimal amount of attention. It doesn’t need too much water and seems to do better if it’s kept on the dry side. Fertilizing is unnecessary for dill. The only concern is support for the stems if the plant is not located in a protected spot. If dill is exposed to any wind the tall and fine stems should be staked to keep the stalks upright.

Dill, a parsley family member, is a biennial grown as an annual with a taproot similar to a carrot. It grows 2-4 feet tall. Dill has finely cut leaves, and numerous deep yellow flowers comprise a flat head with compound umbels. It has a delicate soft feathery look and makes an attractive background for flowers or vegetables. Plants are self-seeding. The seeds scatter as soon as they are ripe and should be picked and dried immediately for winter use.

When to harvest dill

Time from planting to harvest is 70 days for foliage, 90 days for seeds. To harvest, snip off the leaves or young flower heads for use in soups or salads. For pickling, cut whole stalks when the plant is more mature. Gather the mature seeds for planting (although the dill will do its own planting without your help if you leave it alone) or for drying. Dill seeds can be sprouted if they are allowed to dry naturally; store the dried seeds in an airtight jar. Crumble the dried leaves, and store them the same way. For the best flavor, snip the weed with scissors rather than mincing it with a knife.

Dill, like most herbs, is a good choice for the organic gardener. It’s a member of the parsley family, so you may encounter a parsley caterpillar; hand-pick it off the plant.

Dill has no notable problems with diseases.

Thanks fir the info❣️Looking forward to the harvest~